‘Pass by the synthetic department, then, with your nose in the air’
Elizabeth Zimmermann 1972

Words from Elizabeth Zimmermann ‘A Knitters Almanac’.  Her patterns are classics and any one of her sweaters would be the warmest thing to wear on a winter’s walk with the dog or an evening in a chilly old house.  But I go to her books more for the joy of reading her prose and following her instructions for a specific technique (like grafting the toe of a sock) than making the signature sweater for the season.  However, I whole heartedly agree with EZ about wool and its supremacy as a fibre to knit with. 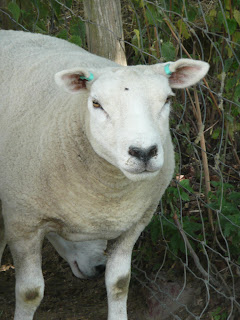 I know there is a trend to use the more correct term yarn but wool is as much the generic word for yarn-you-knit-with as biro is for ball point pen.  The shops where we buy yarn are Wool Shops, even when in truth they sell every fibre known to woman (or increasingly man)

When you are going to spend six weeks of love and woman hours on  knitting a sweater, what is the point using the cheap stuff made up into a £9.99 jumper available in so many town centre stores? Surely not when there is such a choice of natural fibres available, the emperor of which has to be wool. 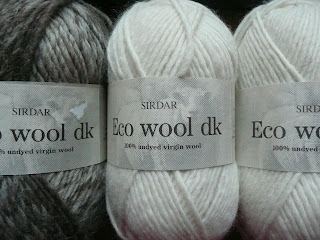 Keeping warm under a wrap of wool is the oldest form of clothing (I don’t count the leaves Adam and Eve wove, which had an altogether different purpose).  There is evidence of wool clothing being worn in Britain in 1,900 BCE (the bronze age) and of wild sheep being domesticated in other parts of the world in 10,000BCE.  Today we know that the finest wool comes from the sheep that live in the harshest conditions.  Sheep from the soft southern uplands provide good wool for strong durable cloth, but in the Shetland isles the wool is so fine it can be combed from the back of the sheep before being spun and knit into something so fine it can be drawn through the centre of a wedding ring

How did it all begin? I wonder, would early man have looked sideways as the night grew cold and see the woolly skin of the beast he had just feasted on and pull it over himself before going to sleep?  Or perhaps while burying his forehead into a sheep’s flank while milking would it have occurred to the early farmer that the sheep might have such an abundance of wool that she could share some of that woolly warmth and in no time grow another crop.

Over the centuries sheep and wool have been improved, sheep breeding has achieved an animal that only grows the softest wool and wool processing has produced yarn that is superwash, crease free, will pleat at will and is stain and shower proof. But it is still essentially the soft woolly stuff that grows on the backs of the sheep on the hill sides, in every shade of white, through cream to browns and black
The Romans brought wool production and wool cloth to Britian but production of fine wool cloth waxed and waned over those early years.  After the Romans left, Britain entered the age of the Anglo Saxons and production declined but by the 8th century woollen cloth was again being exported to the continent and for the next 1000 years never looked back.

The greatest wealth came at first from the export of raw wool.  Where later corn and hay markets would be the centre of local commerce, trading floors that led eventually to the stock exchange, there grew up at the beginning of the second millennium BCE wool markets.

But in time as wool was grown and processed into yarn then cloth, it was not long before governments saw an opportunity to raise money by taxing and issuing licences

Another unintended consequence of the wealth created by the wool trade was the effect it had on our religious institutions.  When originally founded monasteries, communities of monks pledged to live in poverty, farmed the land and raised livestock simply in order to feed and clothe themselves with the most basic of necessities.  Although it is no secret that the actions of Henry VIII in dissolving the monasteries was as much to do with acquiring their wealth as to putting an end to their ‘profligate papist life styles’ the abbeys had a problem with money long before that.  A number of socio economic and demographic developments conspired to give the abbots a financial headache.

There came a time, after more than 600 years of Spartan living in accordance with the Rule of Saint Benedict, when instead of simply having enough sheep for meat or to make the rough woollen monks’ habits the flocks thrived multiplied and the price of wool rose.

It must have been a little like winning the lottery today, what to do with more money than you had ever had before and so much more than needed?  Interestingly like many a lottery winner they built huge houses.  But bound by St Benedict’s rule and their vow of poverty, they built houses for God, including the abbeys of Fountains, Riveaux, Beaulieu and Tintern.  Most are now just hauntingly beautiful ruins, their stones plundered to build the nearby great houses but in the 13th century what must they have seemed like when most buildings were singly storey thatched cottages made of wattle and daub?  Would people have marvelled and revelled in being able to worship in such magnificent buildings raised to the glory of God or would they (much as modern day folk will deride the lottery winner for his house with saunas, two bathrooms per bedroom and an indoor pool) think such a display of wealth was just rather vulgar?

But there was also another similarity between the Abbots of the 15th century and many today who suddenly come into great wealth.  They used their money for good, building hospitals and hostels, providing a place where the population could come to for help, medicine, shelter and solace.

The trade in wool transformed the fortunes of whole countries, not just abbeys and monasteries.  It wasn’t just monasteries that got rich on wool.  From the reign of King Edward III until it was damaged in the bombing of the second world war The Lord Chancellor sat on a sack of English wool to remind him (and all the country’s rulers) that the nation’s wealth was once founded on the wool trade.  After the war the sack was remade using wool from flocks of sheep all around the commonwealth.  In 2006 when the role of Lord Chancellor was divided into two the wool sack became the seat of the Lord Speaker.

What a great post! Thanks for all the wonderful info.

What a wonderful post, I love wool and though I am (I hate to admit) sometimes wooed by the cost and ease of use of acrylic, I know that wool is best, you are completely right, if you're going to spend all that time and love in knitting something, it should be made from the best materials.
PS I love that Zimmerman quote, I hadn't heard it before, fabulous!