We all have knitworthy friends, don't we?  Those nice people who don't ask for hand knitted things because they think its cheaper to get a scarf or sweater that way or that you love knitting so much you will happily spend all day for a few weeks making something that will be worn a few times then forgotten in a drawer, but friends who are always delighted to receive something and are seen wearing it - often.  Lizzie is one such friend and from time to time she will wear something that I have made that attracts the attention of someone else.  So much so that a scarf or pair of gloves mysteriously disappears from Lizzie's house and reappears at MB's

A couple of years ago I knitted a brioche shawl for Lizzie, in grey and black cashmere silk mix and was amused to see it appear in a very fine photograph on instagram, by @theodoraw8 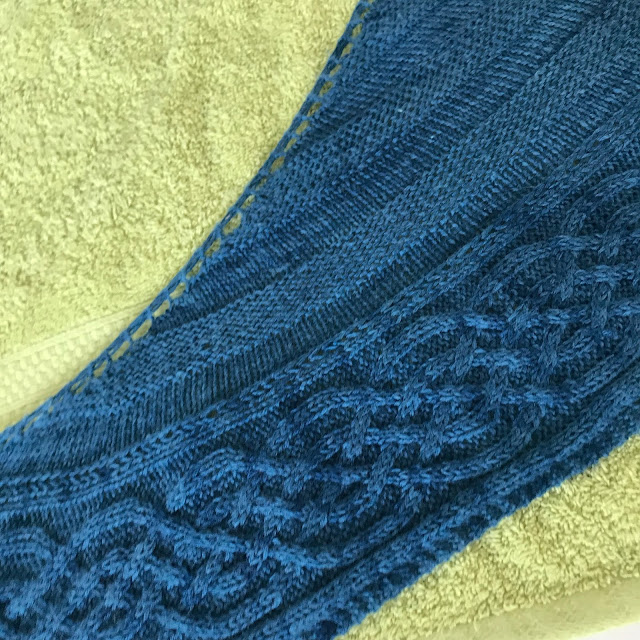 A bit of searching on Ravelry and I came up with Celtic Myths by Asita Krebs.  Knitted, blocked and posted - to Lizzie for onwards transmission to MB .  Unfortunately I did not warn her to expect a parcel from me and over enthusuiastically opening a parcel she thought was one expected from her publisher she stabbed it rather too deeply with a sharp pair of scissors. I received a text to ask if I had any left over yarn as she needed to mend the 'teeniest nick' in the scarf - my friend is a writer of fiction... 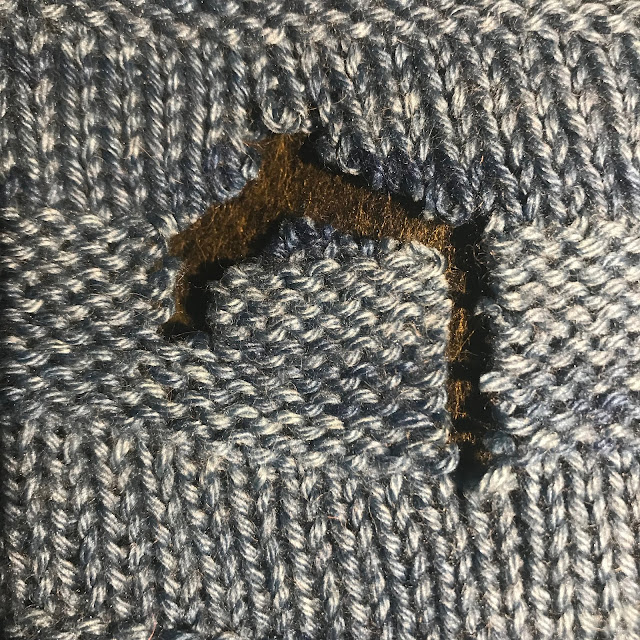 After much begging for a proper photograph of the damage, and at MB's insistence, the scarf was sent back to me. I took a little time to work out the best way to repair it.


Then I created what in plastic surgery terms would be called  a pedicle graft (approximately!) 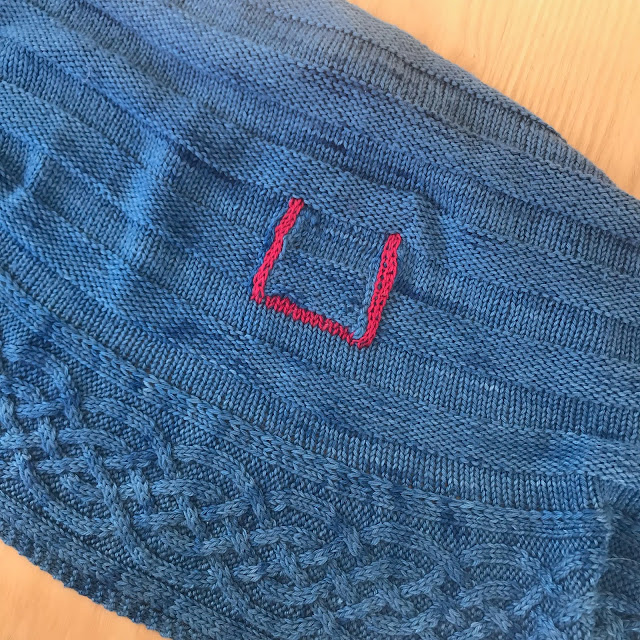 But it also seemed right to honour the repair, rather in the style of kintsugi (or knitsugi if you will) 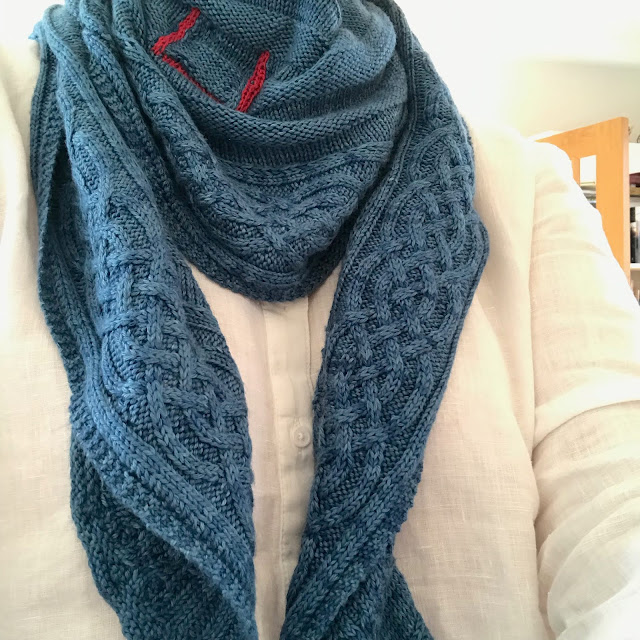 The structure of the shawl-scarf is such that it can be worn with the repair on view or hidden. I gather it is usually worn on show