There is a small problem with a resolve not to begin Christmas shopping till at least 1 December yet nothing in your stash is remotely suitable for the presents you want to make.  It's called TIME, it's needed for making things, you can't beat it.  So although I have got out my Christmas note book and begun planning... 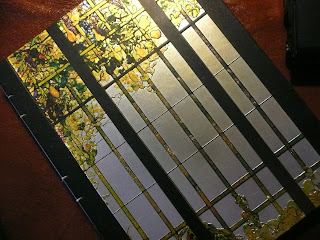 I also need to buy some yarn NOW if I'm going to make the presents on time.

Last night at Knitting group we all ooohed and aaahed over a little something Claire had made.  Perfect I thought for presents - but no, it simply won't do in any of the yarn in my stash (there's a vital little something missins).  This from the position of lying in bed thinking this morning.  No need to actually go to the stash in the cupboard over the stairs.  No, no need to risk life and limb and an avalanche by opening that door before Christmas.  Which reminds me of something else said last night - Cathy admitted to not opening any cupboard door in her house in the presence of visitors.

So its off to the yarn shop I go later this morning to buy just the right stuff for the project.

It is going to mean one or two other projects are put on the back burner till I finish the Christmas projects.  But at least I have finished my summer knitting project and even though it is fine and cottony it is still looking good with a pair of black trousers. 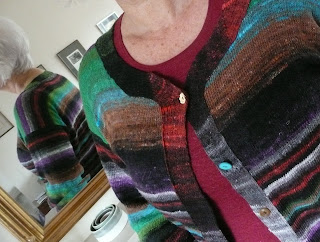 The pattern is so very heavily modified, I shall probably write it up for downloading from Ravelry (but not till after Christmas).  The yarn I chose is twice as fine as the original pattern, so I cast on twice the stitches. I prefer to knit as much as possible without the need for seams, so the only ones are the under arm and sewing the band on.  The band itself is an invention, a wide'ish piece of rib meandering around the neck, in two pieces from the bottom up that meet at the back neck with a seam made with a three needle bind off.

So I don't feel too bad putting aside the half finished cardigan, 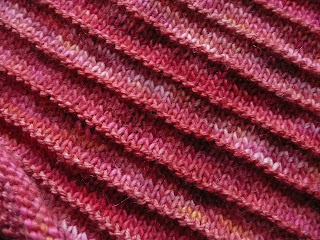 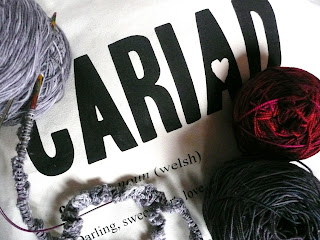 A replacement for the MLI  (I know!  This is my oldest WIP) 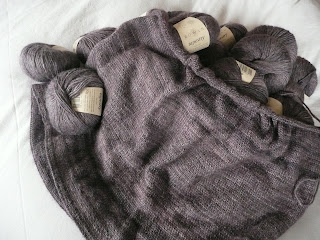 and the modular blanket. 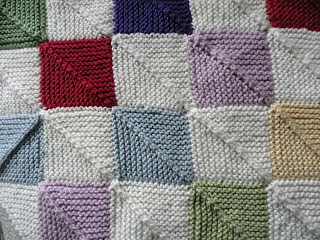 I can pick them up later.

But I am still going to fit in some more hats for the veterans and one other secret project that I shall reveal day by day in December (that's a clue :-))