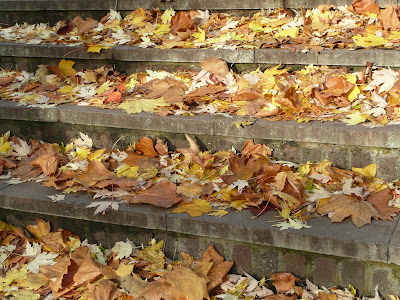 The last rose of summer 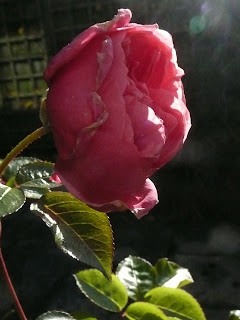 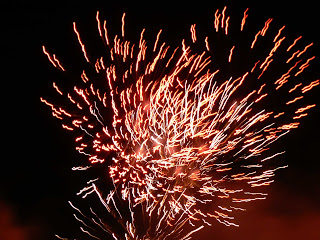 Wovember and remembering to wear wool 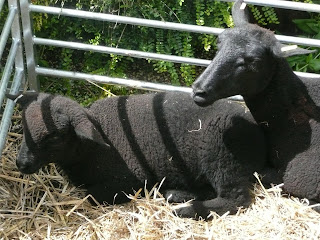 As knitters we can put away the fine cottons and linen threads we knitted up in the warm days of summer and look forward to knitting socks and chunky sweaters that are made in a week of watching winter evening fodder on the TV.  But it's not so jolly and cosy if you are homeless.

During a summer I met a man at a cricket match (as you do).  In between precious few overs of cricket, as we watched the skies for a clear patch so that the covers could come off and play resume, he told me about Veterans Aid.  An organisation that for the past 80 years has been working to look after former members of our armed forces who need help.  Men and women who spent a good part of their best years serving our country - serving us. Not only combatants but medical personnel, caterers and admin support.  While most men and women who leave our armed forces go on to live happy fulfilled lives some do not and without the support of an organisation like Veterans Aid would end their days sleeping rough, very often seriously ill as well.

Well during the course of our conversation I told this chap that I was a knitter and he (knowledgeable man that he is) asked if I belonged to a knitting group and if so would we like to make some hats for his clients.

Tracey, Joan and I  made just six 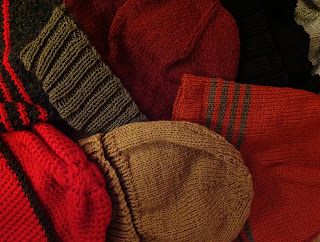 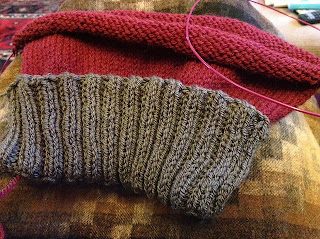 But some brightness snuck in 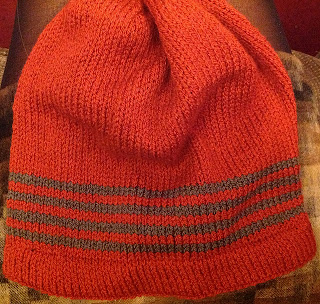 I was really touched by the e mail we received from Colonel Cordoza who works at the veteran's drop in centre in Buckingham Palace Road.  He told me about a nurse who had served in the Queen Alexandra's Royal Nursing Service, then for 35 years in the NHS who became ill and unable to cope with a problem at her home.  She was made homeless and had to sleep rough in a park.

Once a nurse?  like me!  Depression? like me!  Without the support we receive from family and friends none of us could say we would not have found ourselves in such desperate circumstances.  I am happy to say that she is now being well looked after and will be supported first in her convalescence and then as she moves into a new home, all by Veterans Aid.

If I sound a bit like the BBC good causes appeal I don't apologise.  We all see people on the streets, particularly in London and we may buy a copy of the Big Issue from time to time to do our bit but this is a call to arms to knitters.

Please get out your pointy sticks and make something warm for someone this winter.  Perhaps your local shelter or perhaps send hats, gloves and scarves to:-

My Google stats tell me I get readers from all over the world but that my second largest number of visitors are in N America.  Hurricane Sandy has left a lot of people without a warm home or warm clothes.  So if you are from across the pond you may like to visit Knitting for New York and New Jersey and send your hats and other warm things there (saving on postage to spend more on yarn)

Kathleen is from N America but living in Oxford UK and blogs as Knit Like You Mean it.  She has linked to my blog this week and told me about this group.  There is an added incentive to visiting her blog this week as she has a great give away going on there

I've been knitting hats for Christmas - I'll add a few to the list an send them off. Very good idea.