There are many regional variations of 'dear' the diminutive we use as shorthand for those we love - duck, lover (peculiarly Cornish that one) sweetie, honey, babe, hinny.  (I like hinny in particular , I think it is only used in the North East and must be pronounced with the appropriate accent).  In Welsh it's Cariad, and it was printed on the outside of our goodie bags at the weekend.  On the other side P3 .

It was 3pm on Friday afternoon and we had arrived in Wales for three days of knitting, conversation and love.  Love for knitting, yarn  and for each others knitting efforts - one 31 woman sample of the knitting sorority (and one man, as he said 'there's always one man')

It said in the publicity THERE WILL BE YARN.  And there was 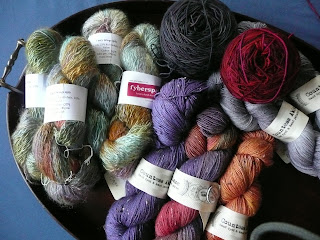 I know we were given 300g of beautiful hand produced yarn (including one skein specially dyed for P3 by Claire at NiMu yarns)  in our goody bag but there was yarn for sale there too - in close up... 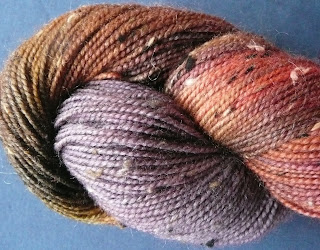 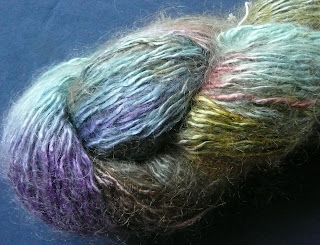 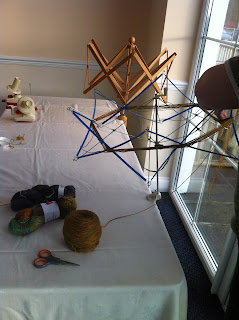 What an amazing group of people.  One session was about what we made, each person bringing a finished object and telling its story.  So much wit and good humour, with tales of a sweater that became a cushion, another knitted during a dark time in someone's life and one that saved a marriage!  When @TreehouseTea brought a beautiful cardigan, the first she had made for herself in years, only to find she had made a mistake in the pattern high on the sleeve, Brenda - said 'Oh we can fix that' 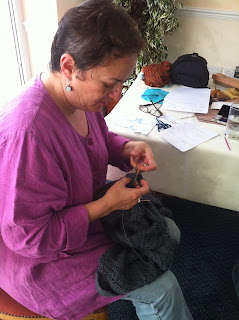 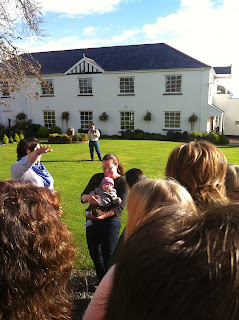 There's been a little natural population growth too - and one afternoon @KnitLikeUMeanIt sat with baby delicious on her knee knitting.

Brenda's class on how to make a sweater that really fits from a few measurements was magic. Amy showed us how to work with silk hankies, beginning here 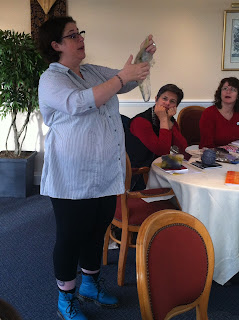 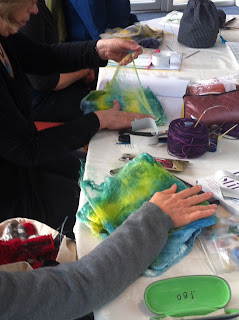 by way of here 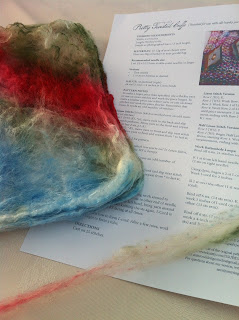 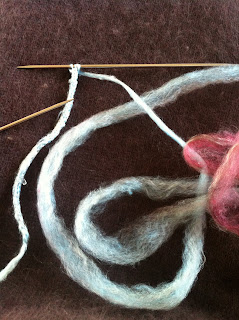 to make this (it's in half linen stitch, something I had never worked before) 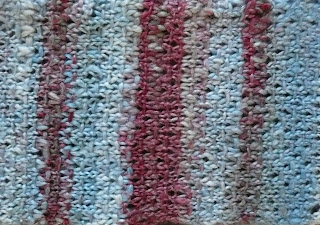 The pattern suggested we made the strip into a cuff, decorated with buttons.  Well I have plenty of these 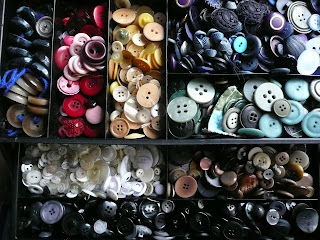 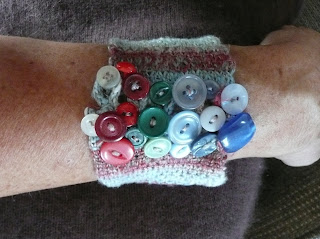 Feel the love?  Yes we did 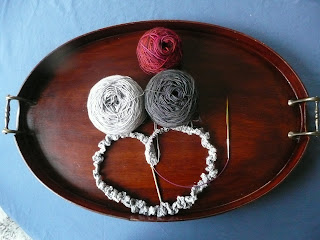 Looks so much fun I'm trying to not feel really jealous, can you give us a master class in the half linen stitch at club.Glad it was a wonderful break
Cathie

Wish I had been there. Work overtook me and somehow this year's event completely passed me by. You clearly had a lot of fun - fantastic. Your lesson in how to make a sweater that really fits from a few measurements sounds brilliant too.

Must make sure I don't miss next year.